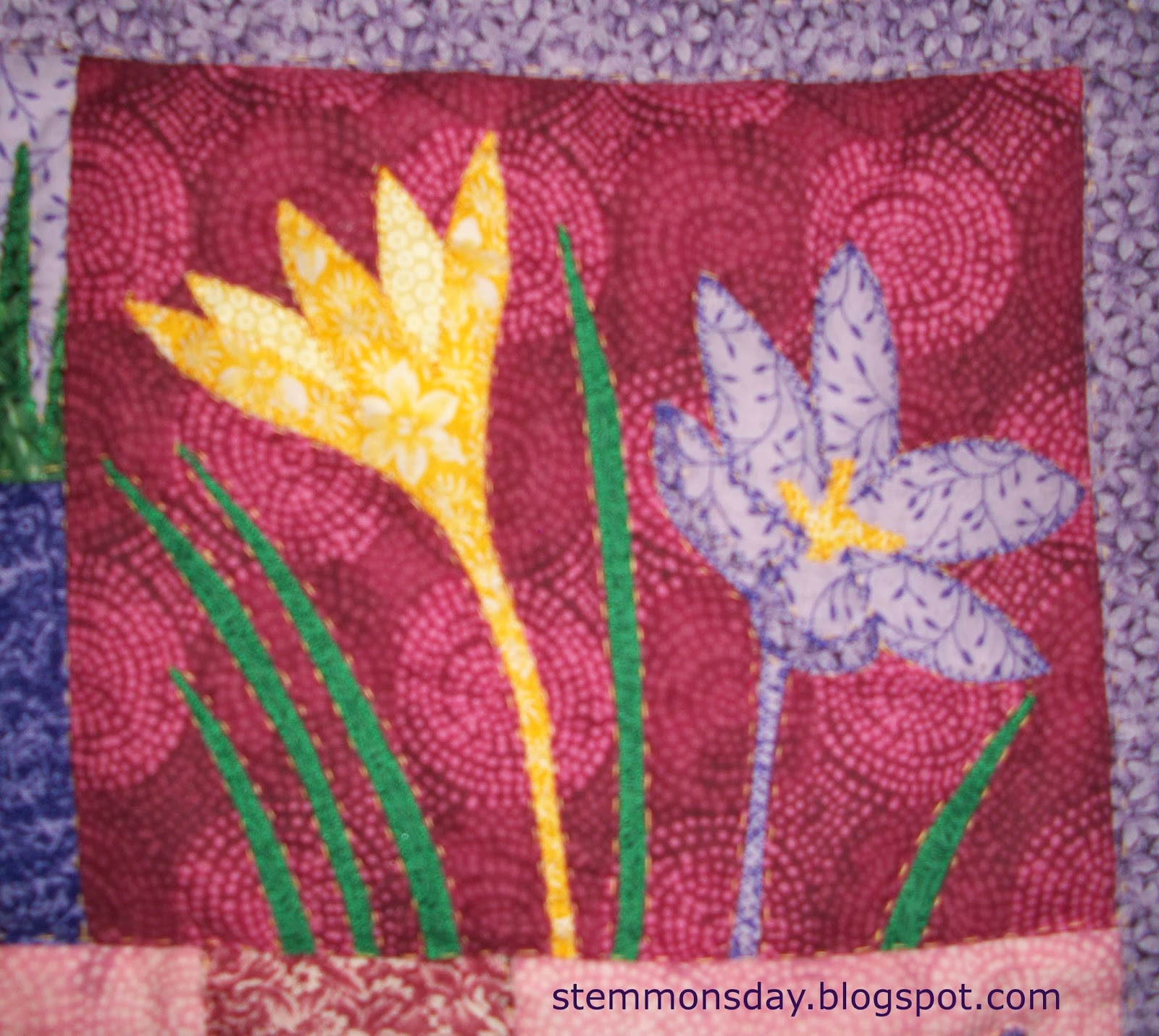 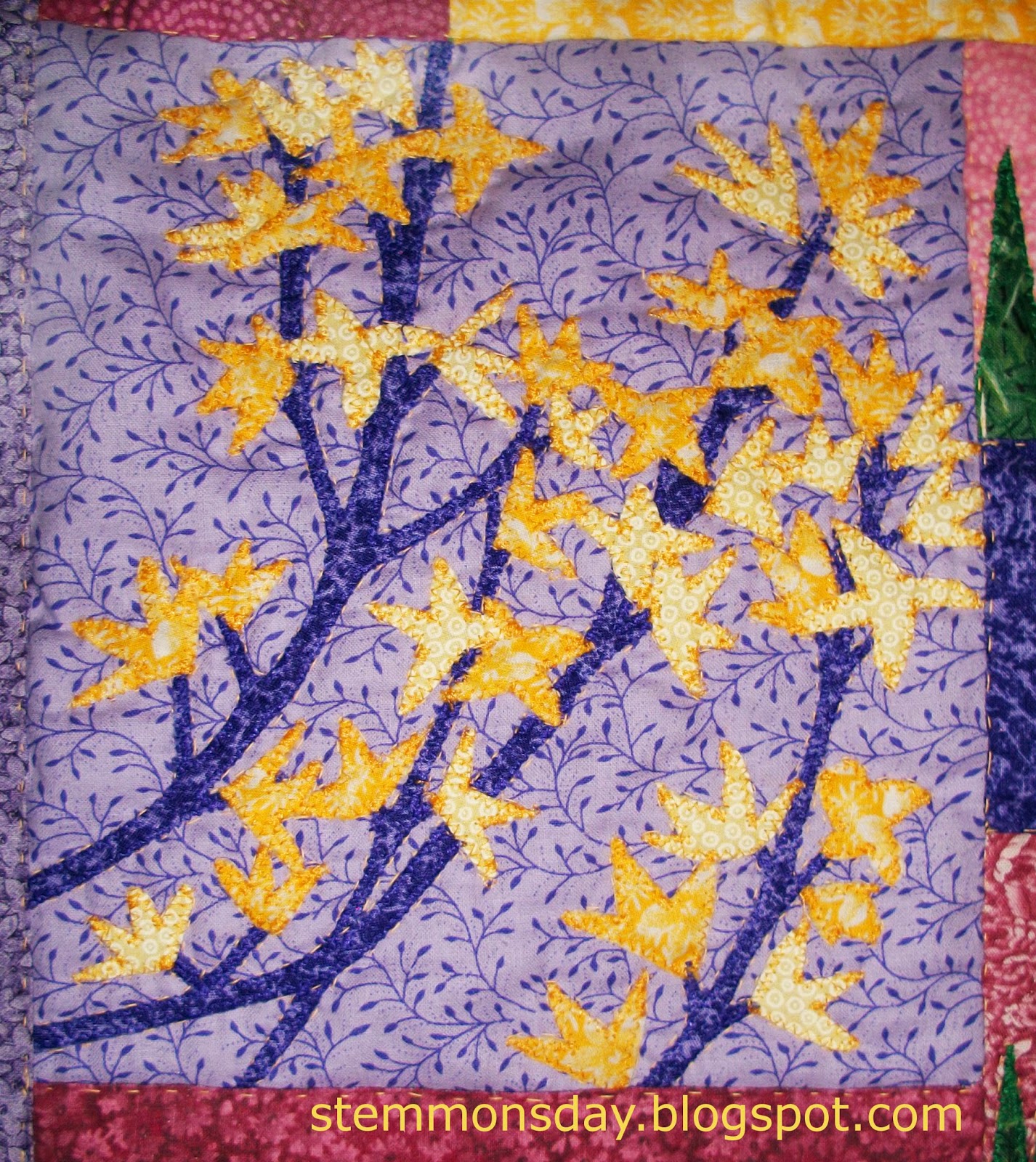 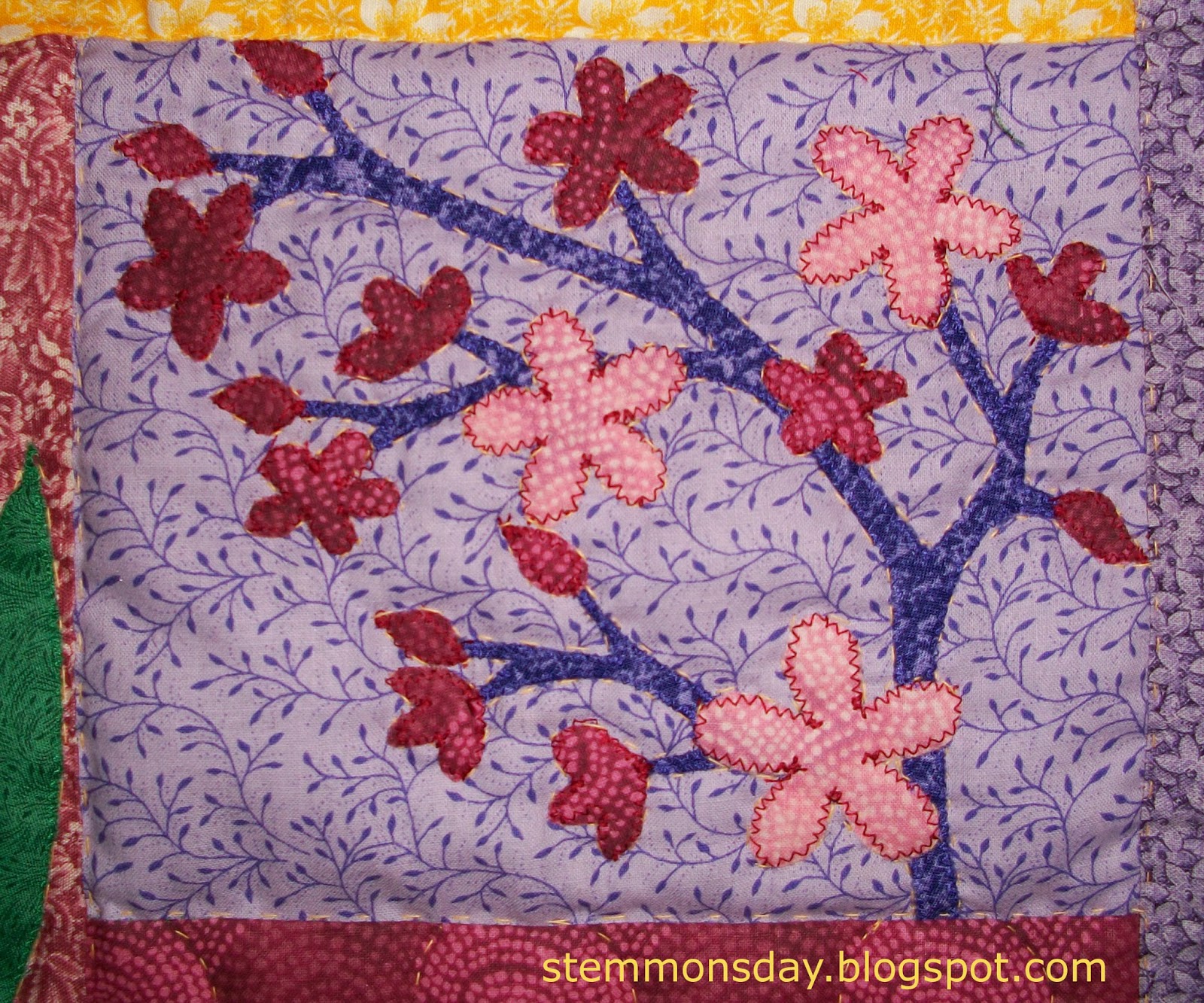 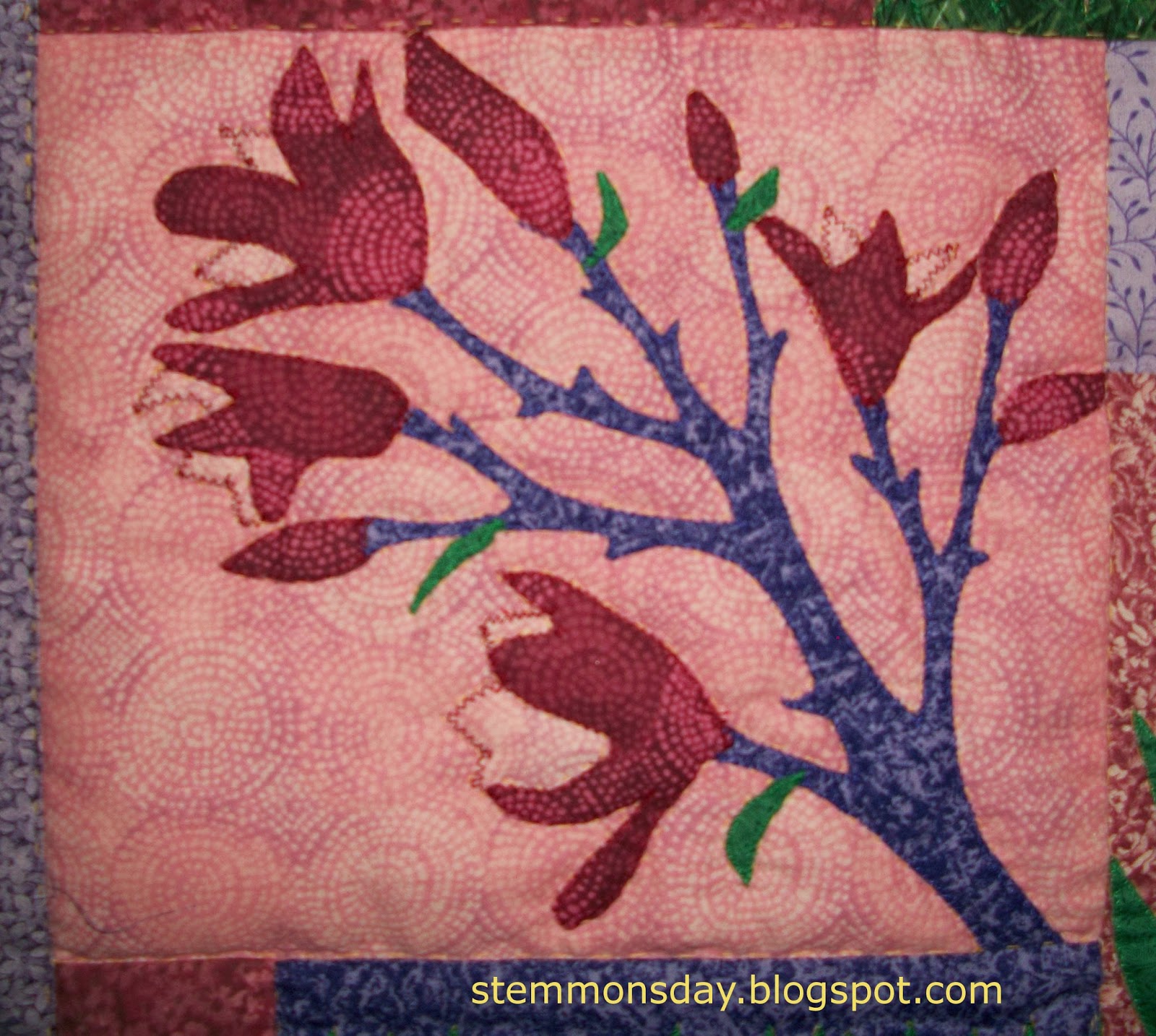 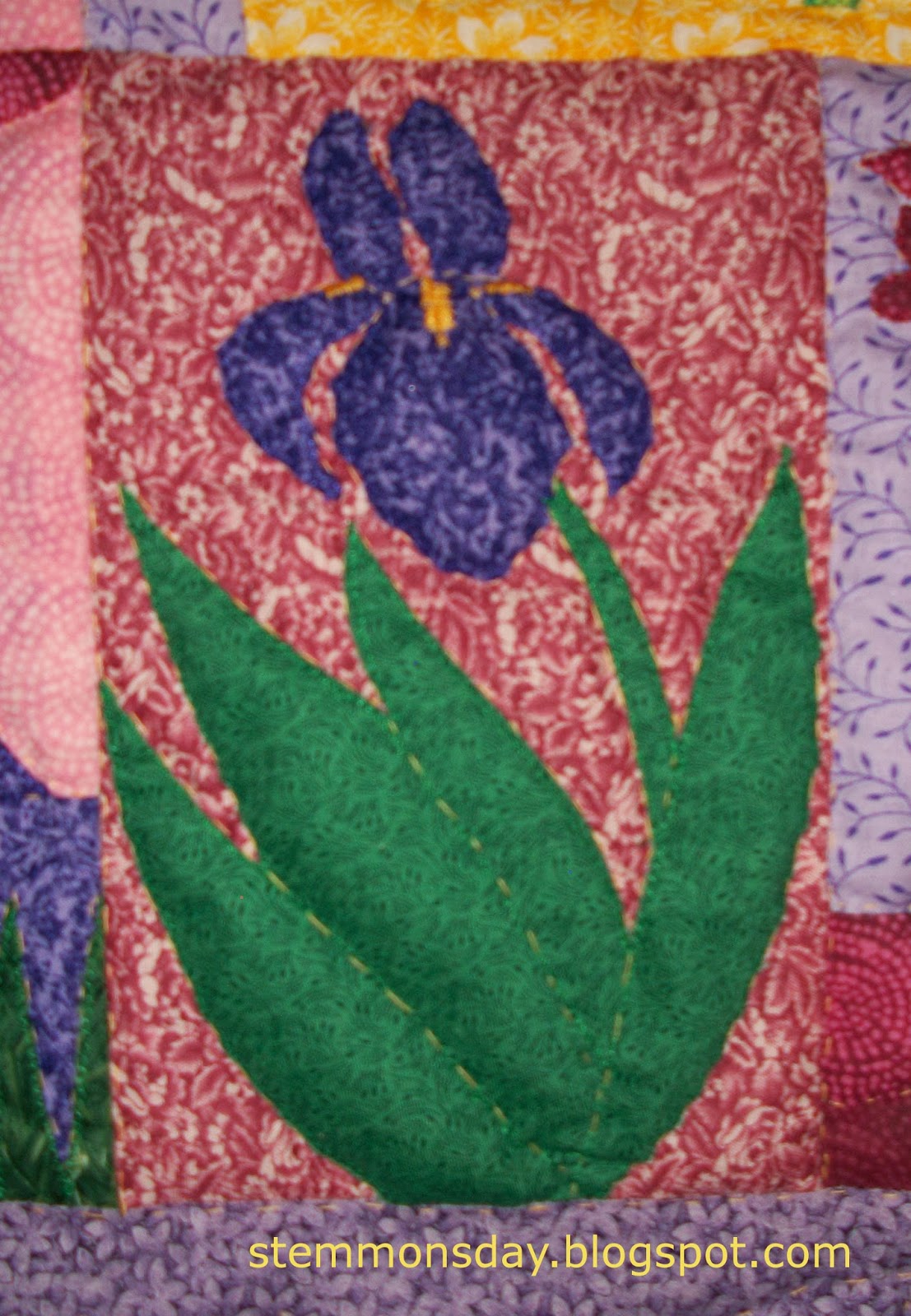 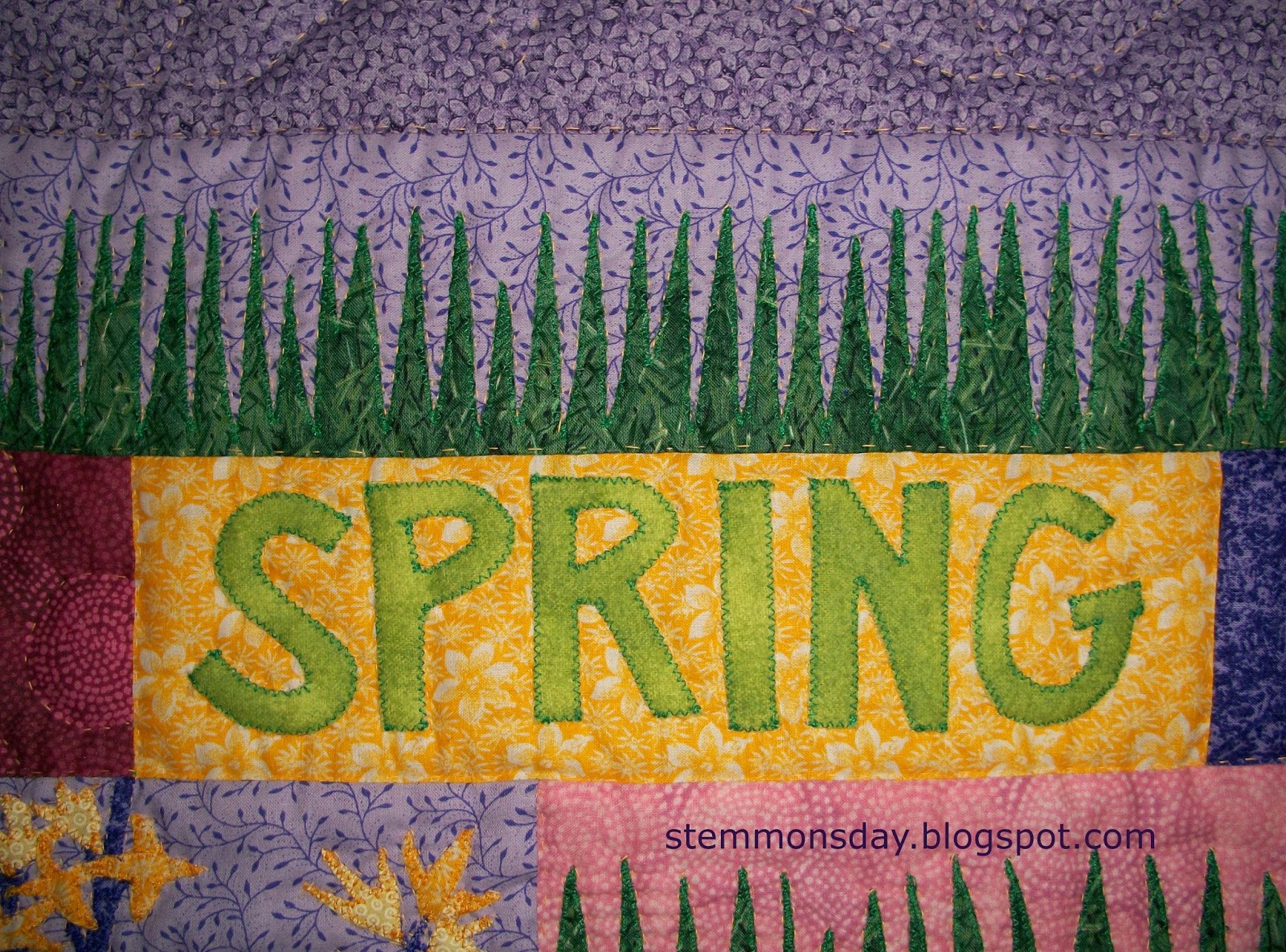 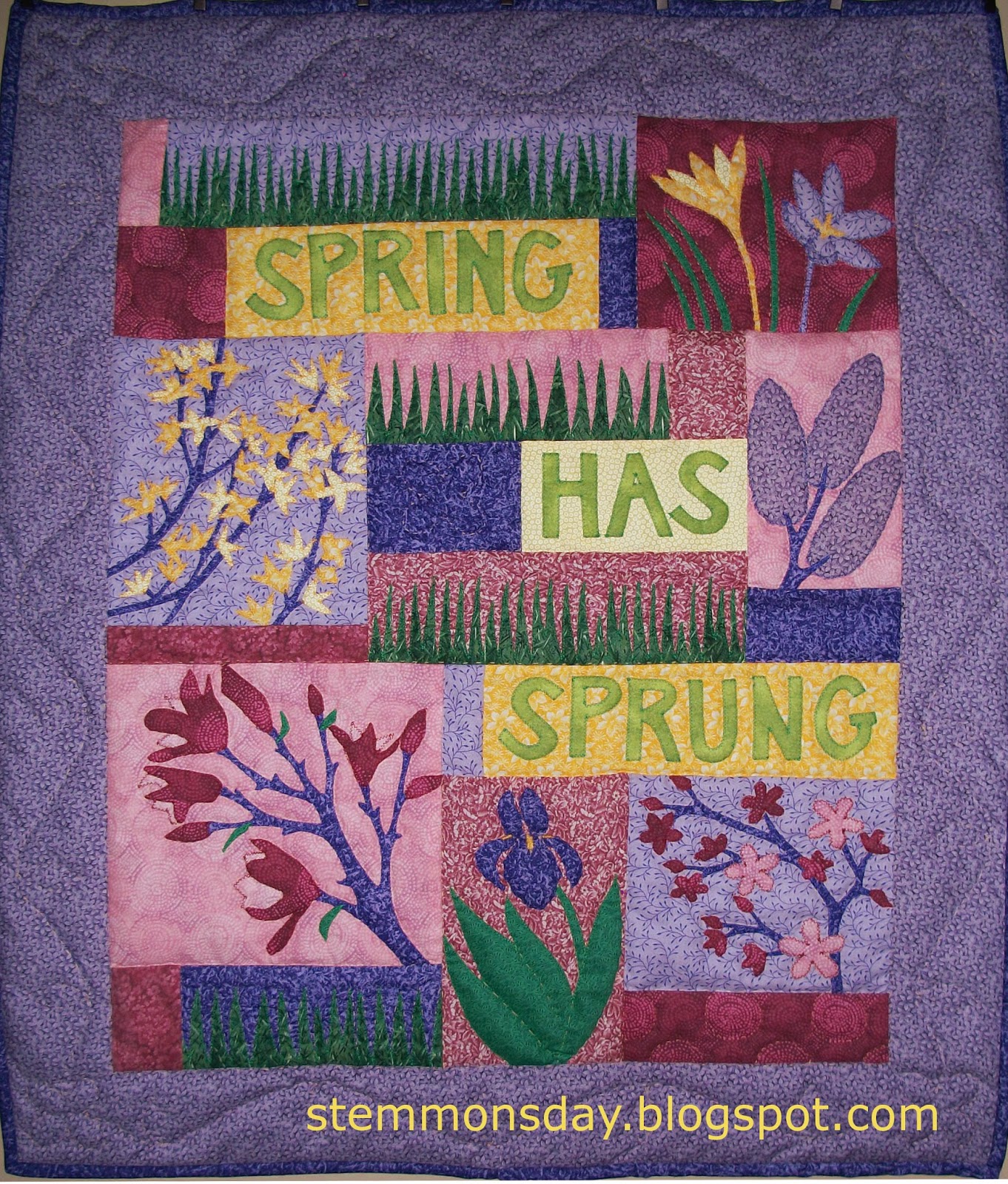 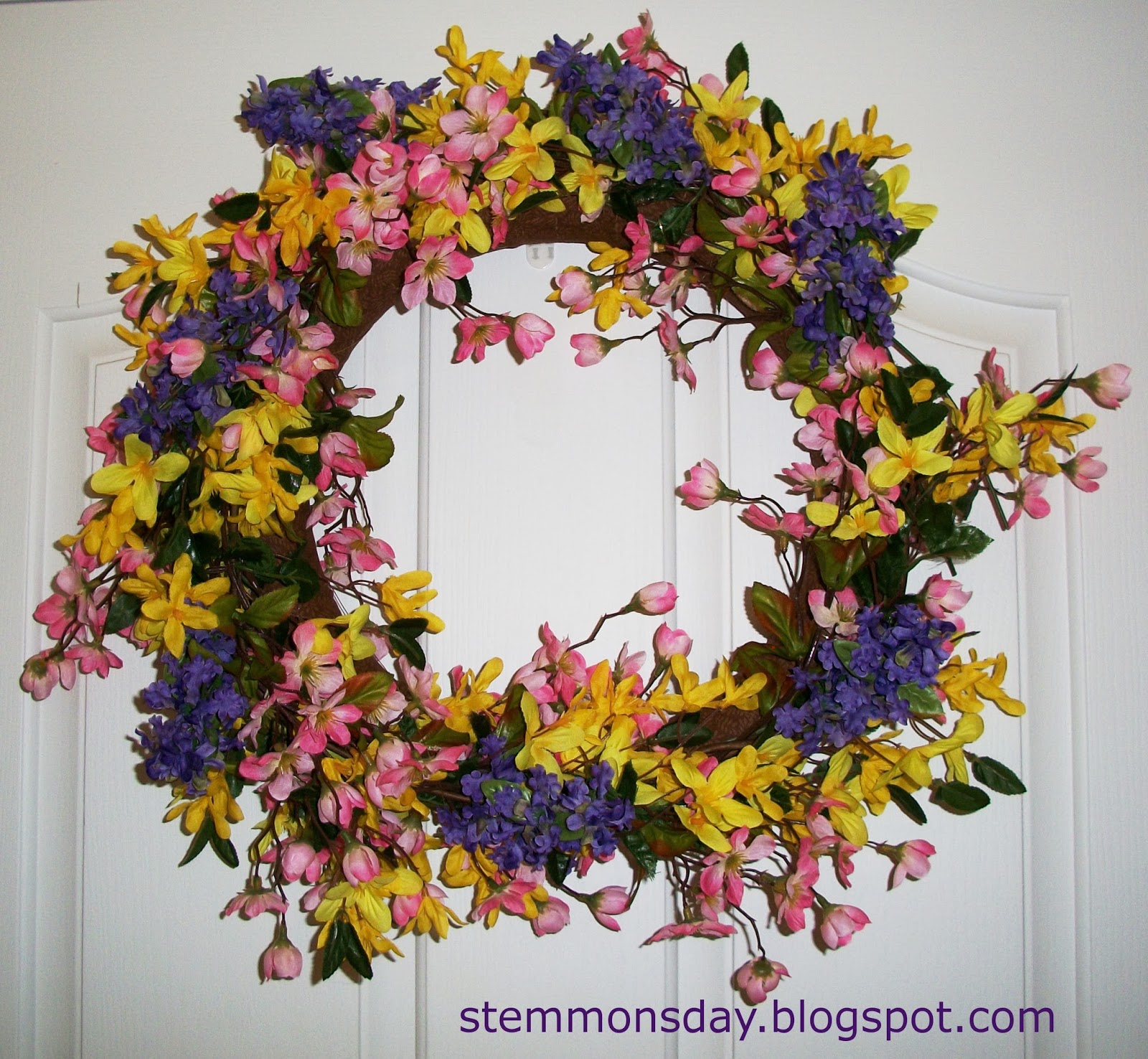 St. Valentine's Day. It started as a Roman free love holiday that involved exchanging cards that the Christians tamed and renamed for the martyr Valentine. Valentine, a champion of legitimized relationship love was imprisoned for performing weddings for soldiers who were forbidden to marry. (That abridged history is for those of you that believe Hallmark invented Valentine's Day to sell more cards.)

I know that Valentine's Day is now a controversial holiday. To some it is Single Awareness Day as those who have love already seem to smugly rub it in their noses. To men in relationships it is Relationship Judgment Day and they feel the pressure to spend lots of money and give the right gift in the right way to not disappoint their lady. To women in relationships it is a day of hearts and roses and attention and love. These are generalities of course, and may or may not be accurate for you.

I spent most of my Valentine's Days without anyone to love or who loved me in "that way", yet I loved it all the same. I loved the hearts, flowers, delicious chocolates, red and pink and white, the cheesy cards, and most of all the idea that some day I would have someone to share a great love with me. I am lucky enough to now be married to my loving husband, but we don't do much for Valentine's day. This is because our birthdays are only three days apart and only a few days before Valentine's Day. A few weeks before that, we celebrate our anniversary, so by the time we get to Valentine's Day we are celebrated out. Alan usually still gets me flowers since I love roses and we call it a day.

It feels a bit early for Valentine's Day decor. Stores have had it up since December 26 but they are retailers and need to fill their space with something that will sell. I haven't put this quilt up on my wall yet and won't for at least another week.

We'll start with my sketch, of hearts, birds, flowers, and a cheesy saying. 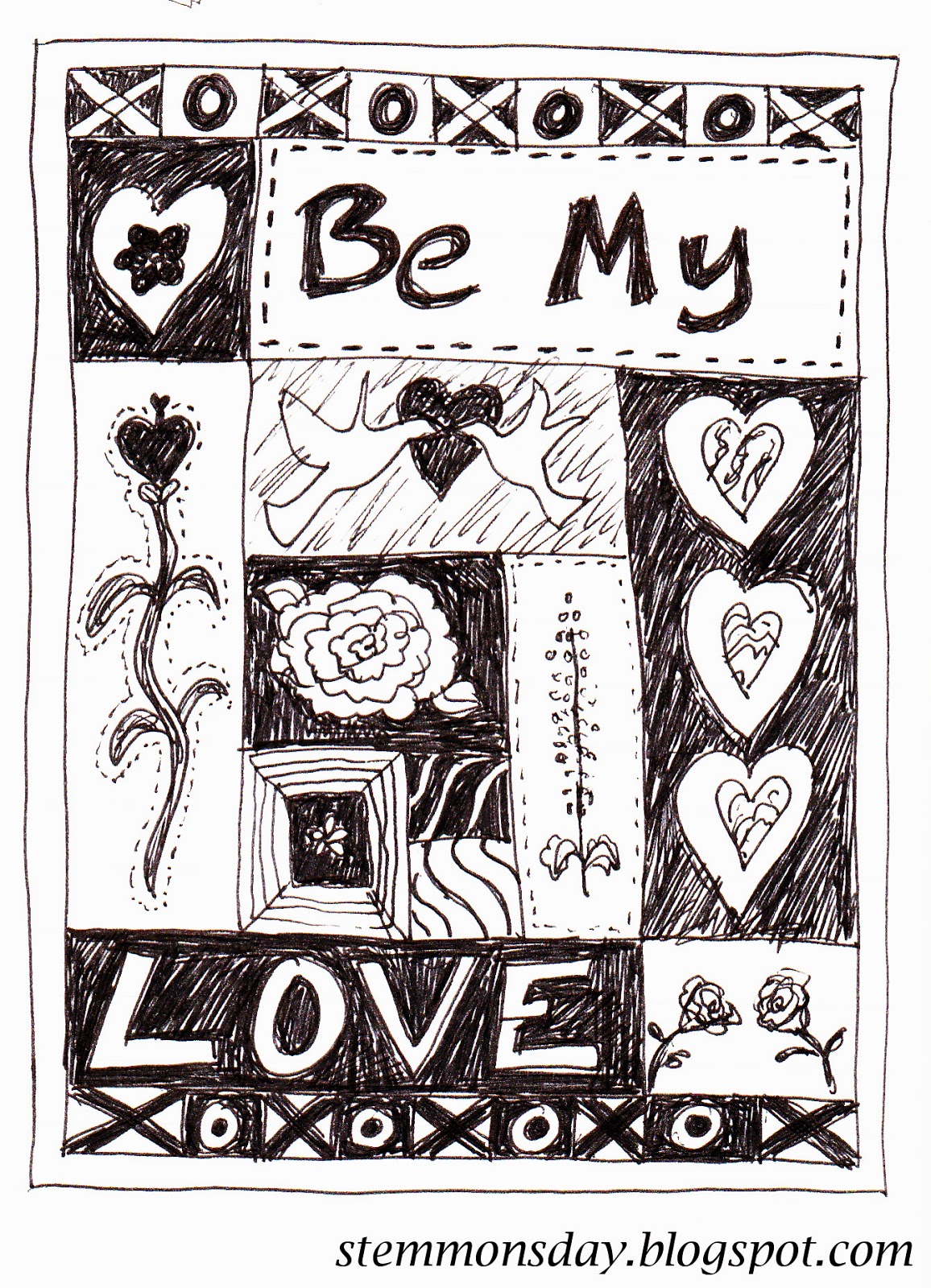 I didn't stick to the sketch religiously, I never do. I employed a great many buttons, bits of wool, polyester knits, 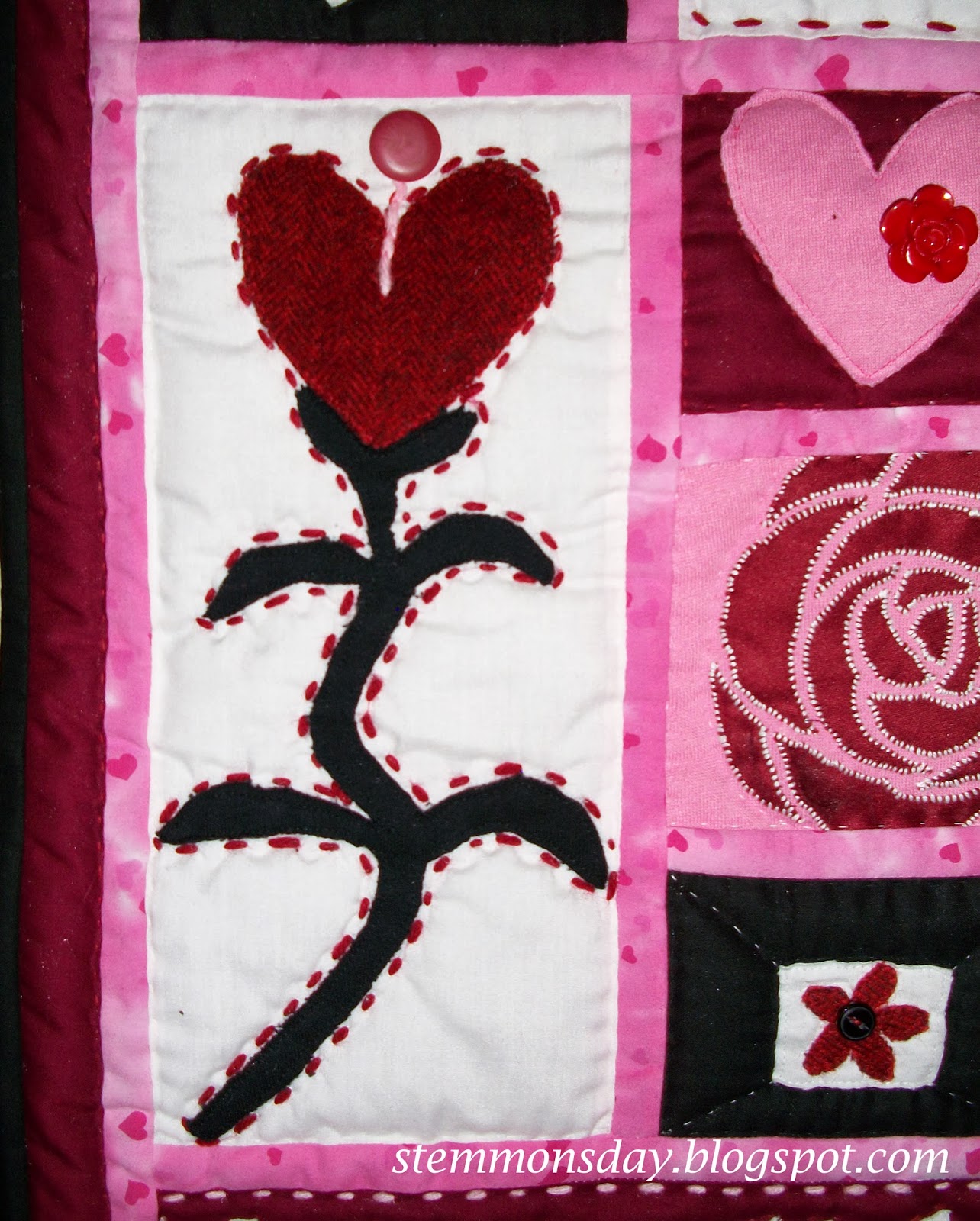 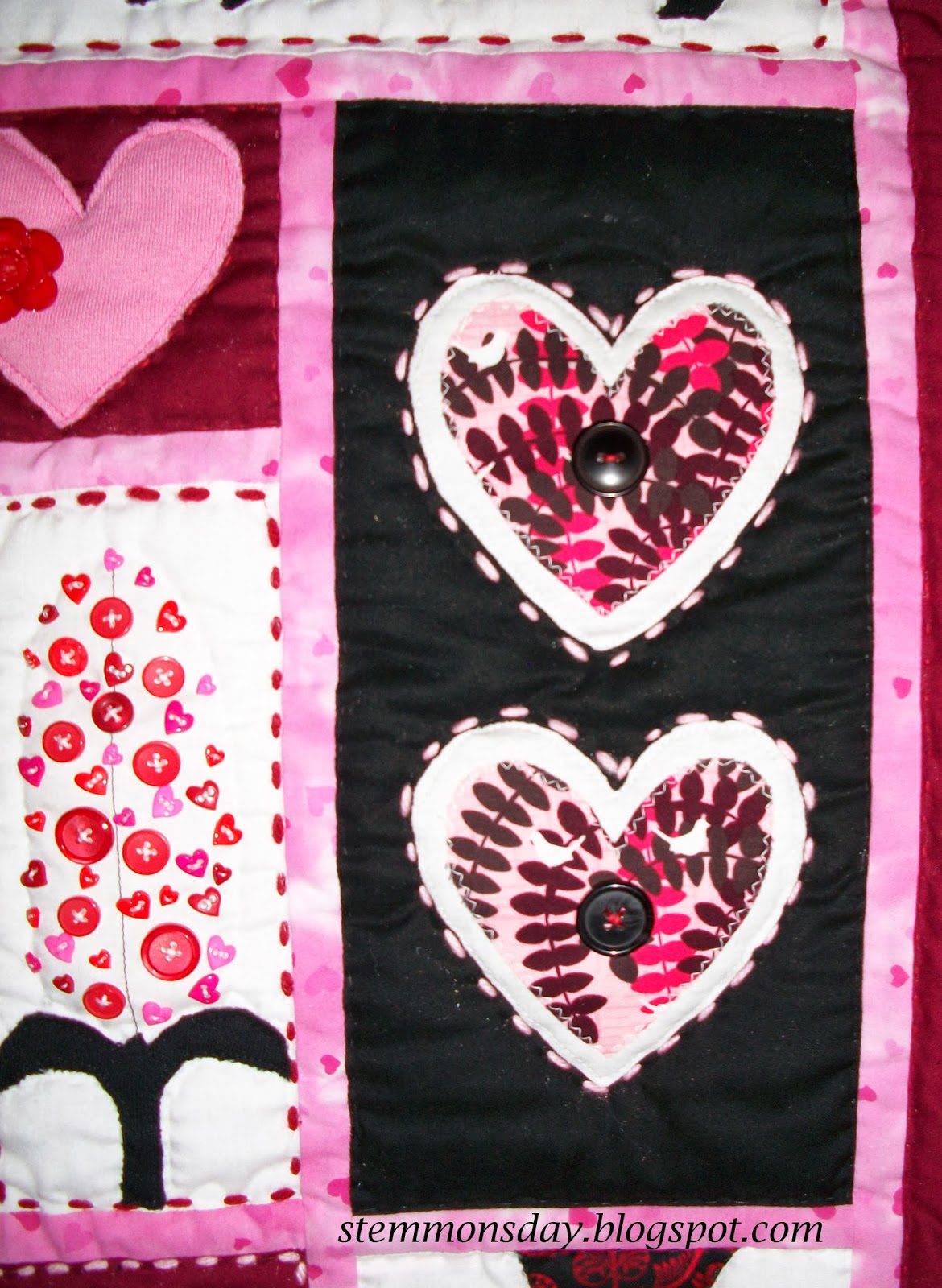 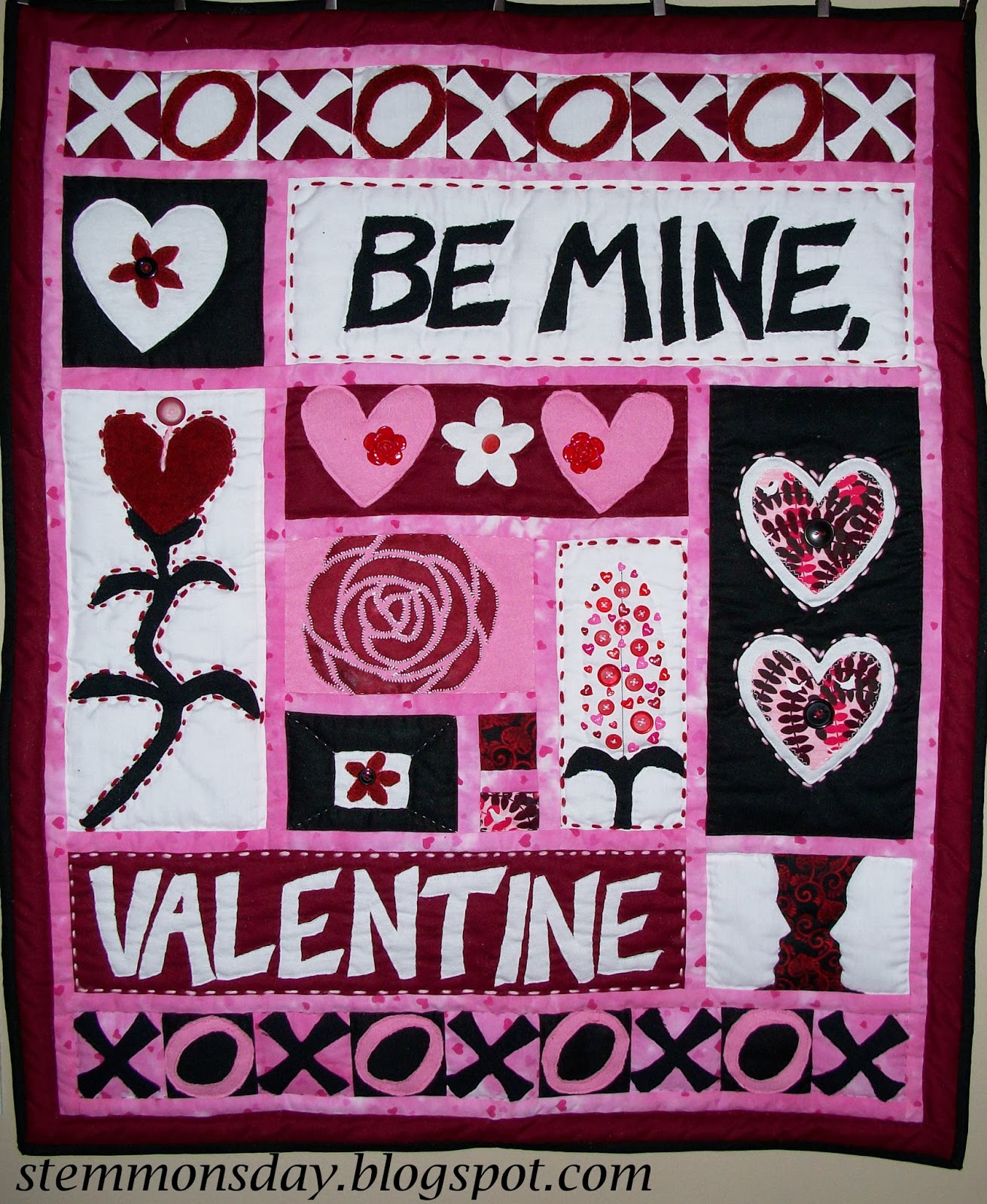 It was all quite fun with the different techniques involved. I cut out the birds, but used an even cheesier saying. I finished it back in July and have waited this long to show it off to be closer to the actual holiday.