So in addition to my Halloween and Thanksgiving dolls I have made some Christmas dolls.  I have many nativity scenes and they are all breakable. I loved to play with nativity scenes as a little girl. My mom had several and they all had been broken at some point and were glued back together. I decided to make this one out of felt so kids can play with them.

Mary is made from a pattern of my own design with permanently bent arms and bendable knees and and pointed toes. 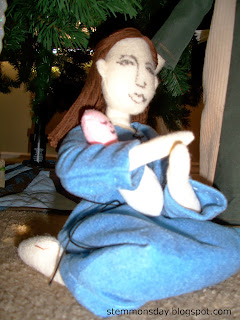 Joseph is made of a hybrid pattern from pattern I made for Mary and the pattern I used for the pilgrims, but with longer legs, a thicker waist and broader shoulders. 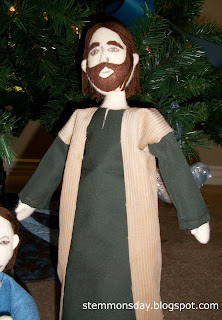 Their faces are drawn on with a Sharpie and their clothes are made from scraps from my stash. Their hair is crochet thread. Joseph's beard and eyebrows are brown felt. 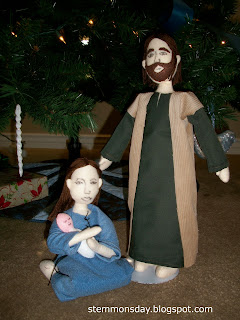 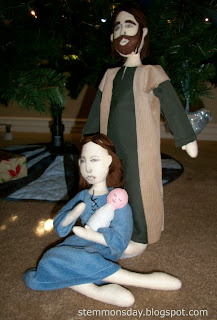 Baby Jesus is pinker since he is a newborn and swaddled in white felt. Maybe by next year I'll have made a manger for Baby Jesus' bed.

Merry Christmas from the Stemmons!
Posted by Emily at 12:12 PM No comments:


I started with the 18 inch wide squares of fabric I had used as a base under each centerpiece. I cut the squares diagonally into four triangles each and sewed them into a bigger square. (It took eight squares to get this pattern. That's enough to make two tree skirts, but you could always use one on top and one on the bottom to make it reversible.) 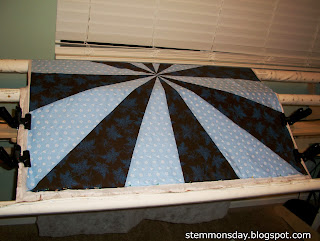 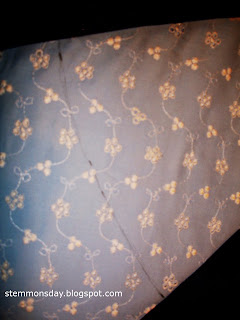 Luckily the center didn't need to be perfect since it was destined to be cut out. 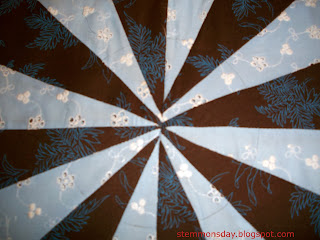 I stitched slightly away from one of the seams so I could cut it to open the circle. 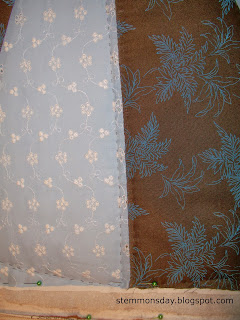 I stitched close to the circle markings. 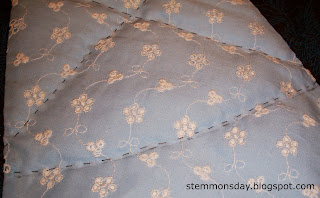 I left the skirt square so I could easily quilt it, 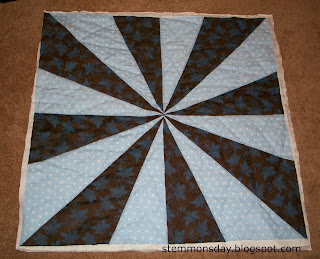 and then I cut out the circles and the seam. 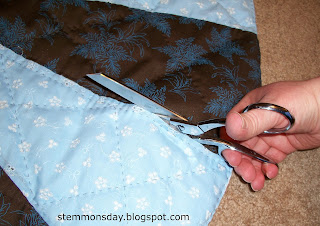 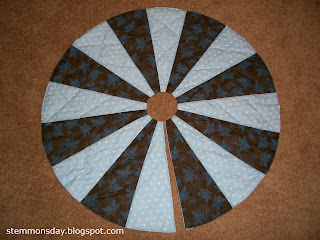 Then I bound all the edges using strips of the brown fabric cut on the bias. 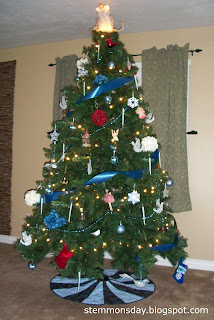 The 36 inch skirt is small for our massive tree, but I figured it was fine since the presents won't catch fire or anything if they touch the carpet.
(Although, that would be kind of awesome.)

For those of you who wish to see my sketching blog, here is the link for sketchybee.blogspot.com 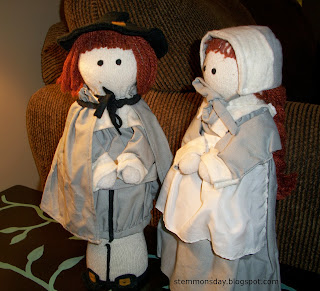 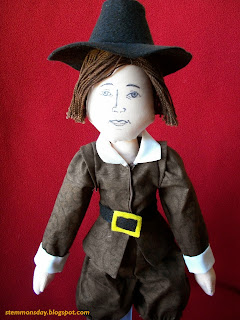 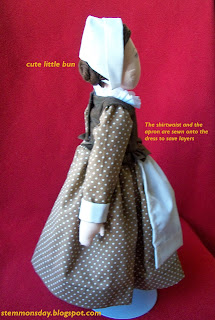 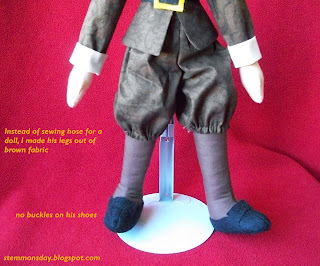 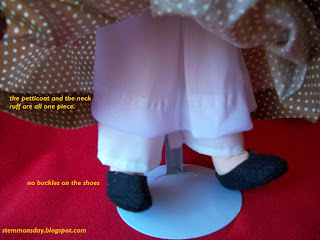 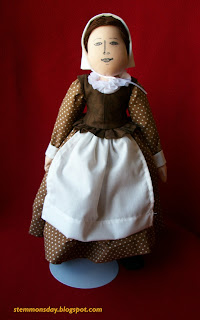 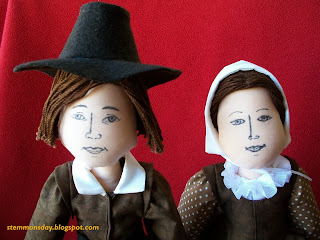 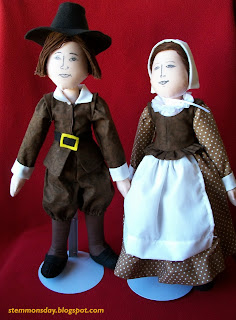 I just finished this quilt yesterday. I decided to focus my Thanksgiving on giving thanks to the Lord since He is the giver of all gifts. I chose to represent fruits and grains rather than gourds or turkeys out of personal preference. 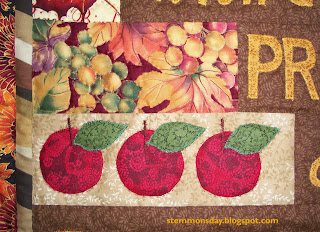 Thanksgiving growing up was when my family assembled and my cousins and I played together and ate at the kids table, and my brothers played football in the churchyard with some neighbors and usually got injured in some way but still had a great time. 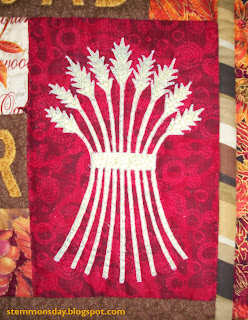 It was and still is a time to celebrate the people I love and to be grateful for the abundance the Lord has given in food, in blessings, in family, in health, and in joy. 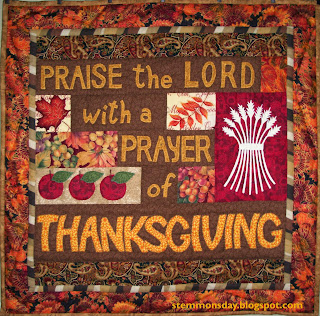 The finished quilt is 26 x 26 inches. I used fabrics from my stash and the only turkeys included are in the fabric on the border. The appliques are applied with fusible webbing and ironed on then zigzag stitched around the edges.

The daily sketches I promised are forthcoming, but I've decided to start another blog exclusively for my drawings and art. I'll post the link when it's ready.

Coming up: Howland and Tilley, The Pilgrim Dolls