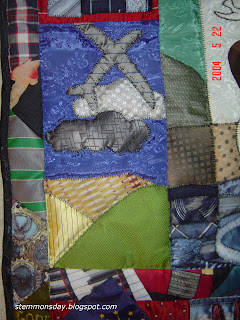 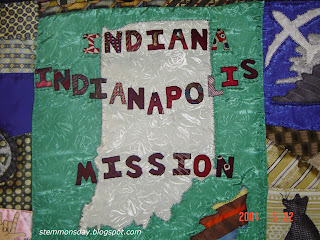 Where you are greeted and driven to the mission home in Carmel, Indiana. You will have some additional training for a day, and the next day you will meet you new companion, go your assigned area, and get right to work in spreading the gospel. 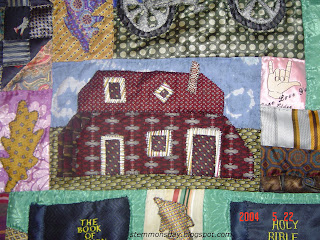 You will rise early each morning, often before the sun. 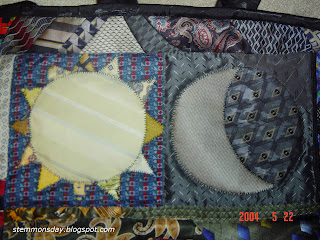 You will study the scriptures every morning for two hours, one alone, and one with your companion 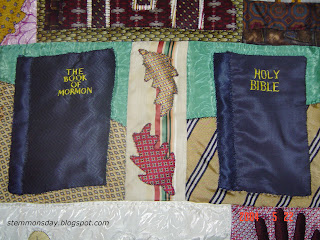 Depending on the week you will either ride your bike, 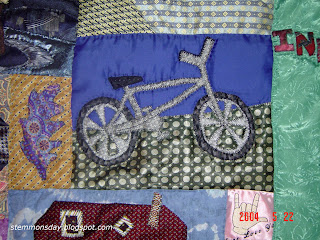 or drive a mission car, reminding yourself this is the Lord's car and you will drive carefully. 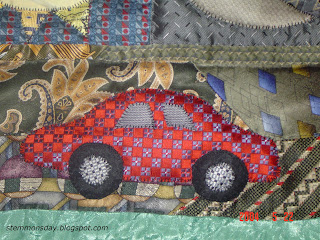 You will pray around fifty times a day, realizing you depend on the Lord for success, and mental, spiritual, and physical sustenance. 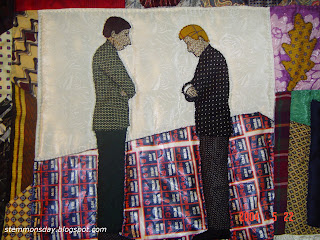 You will knock  on many doors, and sometimes, people will let you in. 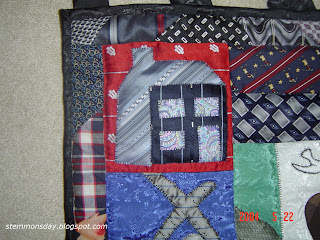 Step around the concrete goose on the porch. 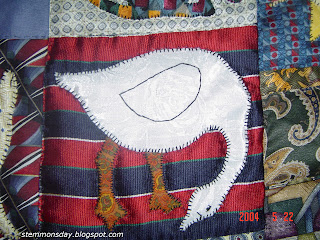 Try not to be distracted by, or trip over the many pets. 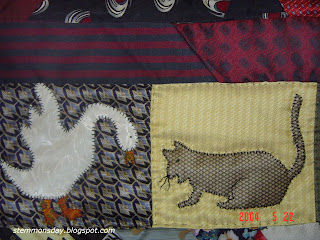 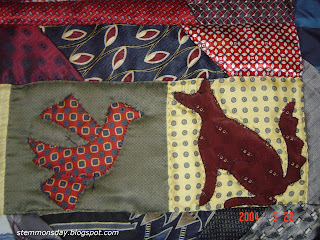 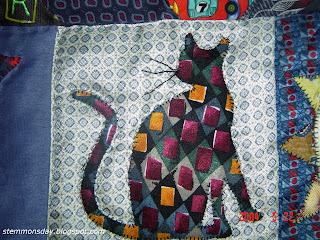 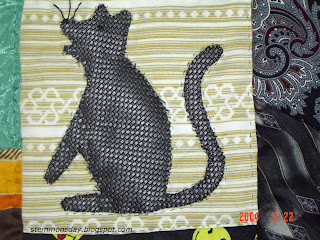 Serve and love the people with open hands and hearts. 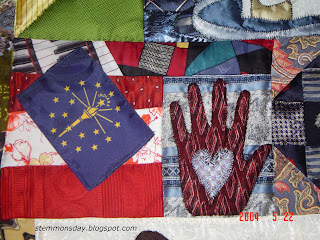 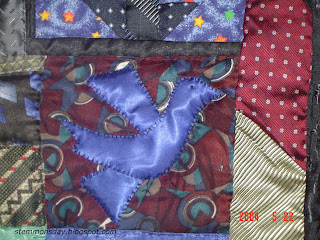 Take the opportunity to testify of the truthfulness of the gospel whenever possible, it will invite the Spirit to touch the hearts of investigators and will strengthen you. 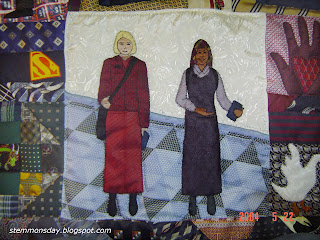 Teach from the scriptures, nothing is so powerful as the word of God. 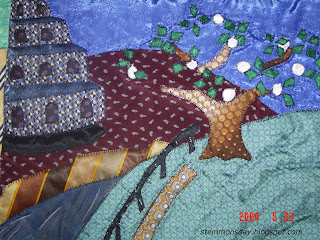 Remember why you are here, to serve the Lord's children, to love them with the pure love of Christ, and to help bring their souls to Christ. 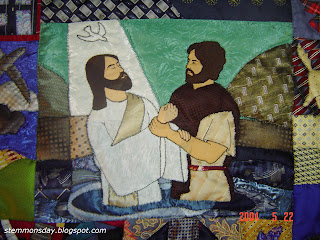 Before you know it, it will be time to get on another plane and go home. You will take home experiences you could have not had any other way and you will leave a piece of your heart behind. 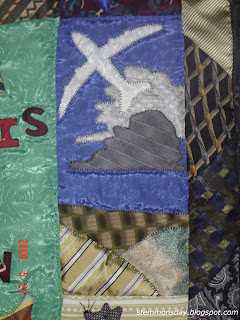 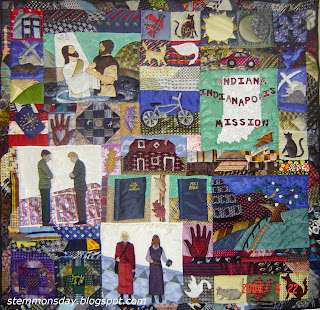 My first mission president's wife would cut off the tie of every departing missionary at our Departure meeting, where the missionaries on their way out would share one last testimony before flying out the next morning. She had these tie fragments made into a lovely, orderly quilt, with each missionary's name embroidered on a strip of fabric sandwiched between two strips of their tie. My second mission president was of course under no obligation to continue this tradition. He didn't even know about it at first, but someone let him know soon enough, and he liked the idea, so the tie cutting continued.

I was ill on and off throughout my mission. I did my best and kept a positive attitude to the point of delusion. My dear president had an interview with me a month before my scheduled departure. He told me some of my former companions let him know how hard missionary work was for me and how frustrating it could be for them. I just didn't always have the energy to continue work and had to take a nap here and there when the exhaustion would catch up with me. (and I honestly had no idea how often I had to do this.) He gave me the choice to go home early or to serve in the mission office for the remainder of my mission, where I could take a nap when needed and not be wracked with guilt for not working harder. The idea of going home early was breaking my heart, so I opted to stay at the mission home and work in the mission office.

I spent the rest of my mission staying with President and Sister Quist. I just loved them, and got to know them pretty well. I volunteered to make the mission quilt and Sister Quist was very excited, since she hadn't known who to ask. She gave me carte blanche with the design. After I went home to Utah she would periodically send me a package filled with severed ties and some scarves from the sisters. Elders usually would wear their ugliest tie to their departure meeting, knowing it would end up chopped. Sisters sometimes wore a tie too, just so it could get cut off, but really so they would have something to contribute since not all sisters wear a scarf. I, myself, used a bright blue piece of fabric that had been tied to my luggage so I could identify it at the airport. I included every tie sent to me, except the one entirely made of duct tape. I have to admit the ugly ties were my favorite, you do get tired of handsome red ties after a while. Some of the ties were used more than once, but only early on, when I didn't have as many to choose from. The white, mint green, and royal blue jacquards are all additional fabrics from the store I used for the backgrounds of the larger blocks.

This was my first applique quilt and I learned as I went. I would unpick every tie, remove it's center, iron it, judge if I could use it's front or if the backside of the fabric would suit my needs better. Then if it was part of the applique I used fusible webbing to hold it in place so I could sew it on. The silk/polyester fabrics in ties are highly unsuitable for machine applique, at least with the somewhat antique machine I had at the time. I did try to machine sew them, but the machine would pull the pieces all out of shape, so all of the applique is sewn by hand. This is time consuming, but I had time. The Quists didn't need the quilt until the end of May, 2004. I had over two years to finish it. I did need the time though since I never knew what ties, or how many I would receive every few months. The Quists sent me a check now and then to cover assembly materials.

I got the layout for the quilt from a folk art quilt book that I unfortunately don't own anymore. I also got the animal, tree, leaf, barn, and house designs from the same book. The rest of the quilt is my own design, and I honestly didn't think of this until I finished, but I should have used sycamore leaves rather than oak. Indiana is known for its sycamore trees. Oh well. I got one last huge shipment of ties at the end with ties from all the missionaries that weren't leaving yet but wanted their tie included in the Quist's mission quilt. These ties make up the border and fillers between the designed blocks. I backed the quilt with a black jacquard fabric and my mom and sister-in-law helped me quilt it together. I embroidered my name on the back in red as an artist's signature. Then I took all these pictures and over-nighted it to the Quists. (They wanted it before leaving so they could show it to the missionaries at their last set of zone conferences.) Sister Quist called me after the quilt arrived and she was so sweet about it, crying happy tears. The work was totally worth it.