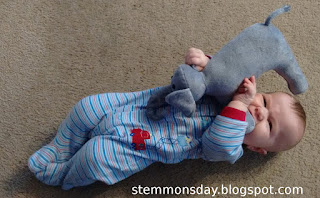 In my flurry of pregnancy sewing last year, I decided to make a security blanket animal. Two of my nieces have bunny blankets and they love them. I found a pattern for a bear blanket on Pinterest. Linked here. I had some furry fleece left over from the wookie doll and I thought it would work great for a bear. I didn't want to make the whole thing brown so instead of going to the store, I (as usual) went to my stash. I found a box of velour Mom gave me during one of her clutter purges. 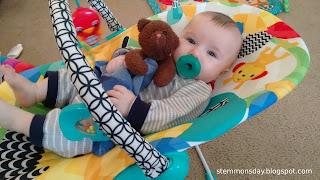 The pieces were blue, blue-gray, and gray. I figured I would use the blue for the bear blanket and I wondered what I would do with the gray. I know, an elephant. I cut out the pattern for the bear and using the pattern I cut out the arms, front and back head in gray, then modified the pattern to make the ears bigger and elephant shaped and a big curled trunk. 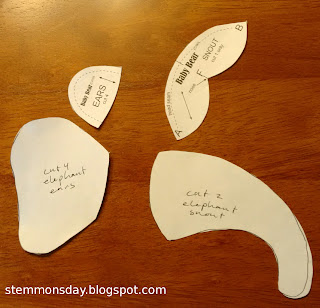 I just had to match the sides of the pattern that attached to the head. I cut the trunk wider than the bear snout since the trunk is two pieces instead of one and needed a seam allowance. 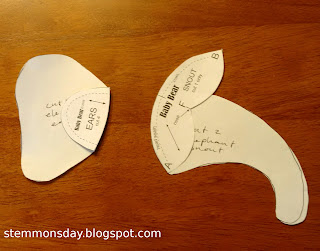 Actually I cut out fabric for two elephant heads. I thought I could make a bunch of animal blankets to give away at baby showers. I sewed up the the first elephant and the bear and I was a little tired. (I was tired my whole pregnancy, some days all I did was eat and sleep.) so I put everything aside for a bit, then when I came back to the second elephant, I changed my mind and decided to make a whole stuffed elephant.I just didn't have a pattern and my brain was too tired to come up with one, so again I searched Pintrest. I found an elephant pattern. Linked here. The head on that pattern is completely different and I couldn't get the pattern to print the size I needed so I used graph paper and drew it out by hand. 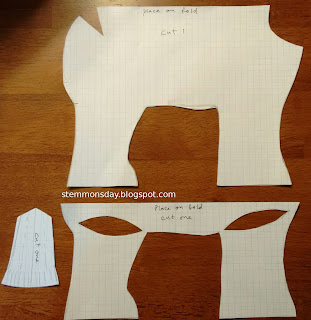 I also shortened the neck since my elephant head had a neck. I sewed up the body and tested the head against the finished head of my elephant blanket and decided I had a problem, the head was a bit small for the body. I cut out a new head from my pattern, but with an additional 1/2 inch around the outside edge for both the front and back. I kept the ears and trunk the same as before. I stuffed the body and the head and sewed them together by hand. 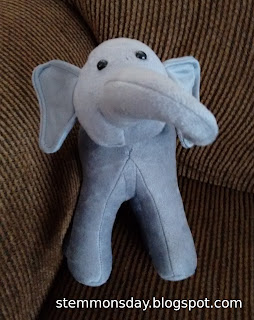 The trunk sticks out almost straight when stuffed so I  hand-stitched along the inside curl and and pulled tight. The curl is anchored on both ends with knots and back-stitching. 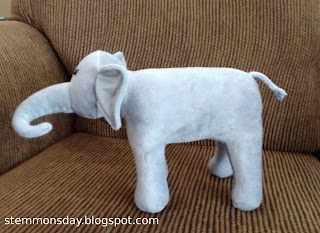 I gave the elephant blanket away to my nephew, and kept the bear and whole elephant for my boy. It worked out because my friend and neighbor gave me a fleece blanket with a matching elephant security blanket, so baby has one of each animal blankie anyway. 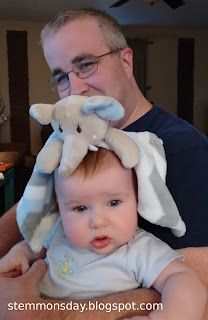 It's a little funny actually, Baby has been given several elephant toys and I needn't have made him one at all. 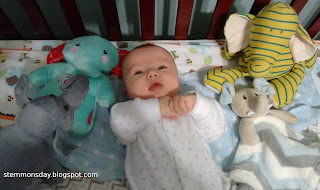 Whatever, they're cute and he will probably love all his elephants. 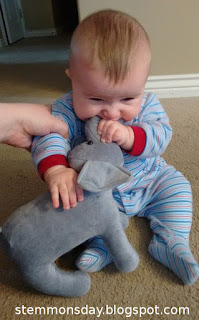