Our house does not have a basement because of the high water table in our neighborhood. I still think of our ground level as a basement, because we keep it kind of dark and it is cold year round. Three months ago I realized I use Alan's flannel quilt a lot more than he does, mostly because I spend more time downstairs. This worked out fine of course, but I decided that is was time to make a quilt for me. One could argue that most of the quilts I've shown on this blog were for me, which is true, but they are for the wall, not for use.

I told a friend at work that I decided to make a flannel snuggle quilt for me, she asked if it would be a University of Utah quilt since I made a BYU quilt for Alan. (I think it was sweet of Alan to fall in love with me even though I attended his biggest rival's school.) I laughed at the idea because I made Alan the BYU quilt because he loves BYU football. I'm not going to make a U of U quilt because I just don't care. I did have a great experience there, but I'm done. Well, as soon as my loan is paid off later this year, I'll be done for good. ( I just want to interject here how I think it is hilarious how the PAC 12 thought they could tell U of U fans that they are no longer rivals with BYU, but with a team in the same conference. As if a rivalry can be dictated. Rivalries are emotionally driven, it isn't a cold, calculated decision. Alan spends a lot of time on a BYU sports chat board and it gets trolled by U of U fans all the time so clearly the rivalry isn't over.) Anyway, I decided to make a quilt I would actually want.

I went to Jo Ann's on an extremely busy sale day (not on purpose) but I found a whole bolt of a cute brown paisley flannel for $20 so I stood in that really long line and bought it. I came up with the design a few weeks later and bought more flannel to flesh out the design.


I made sure to add lots of birds and hearts, 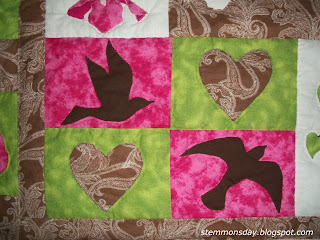 with doves for peace, 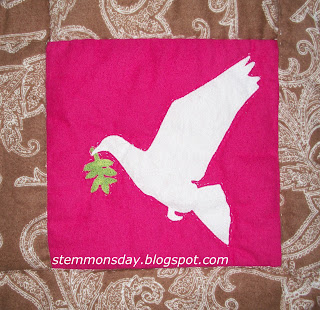 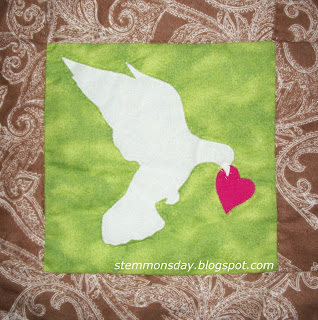 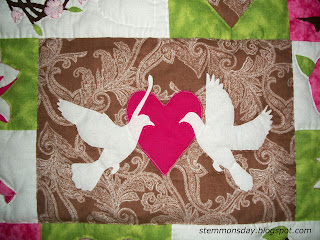 I added my favorite flowers:
magnolia for creativity, 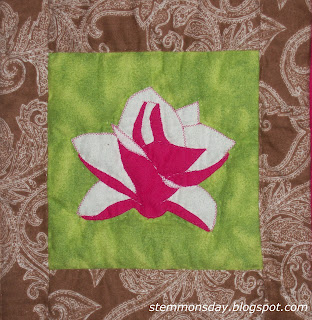 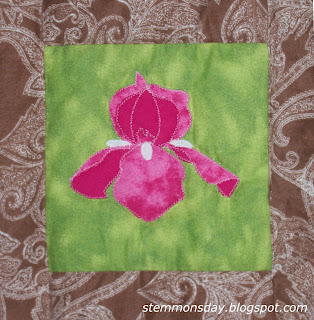 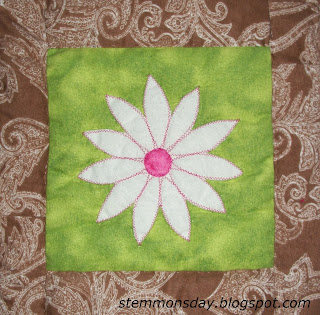 and rose for love and family. 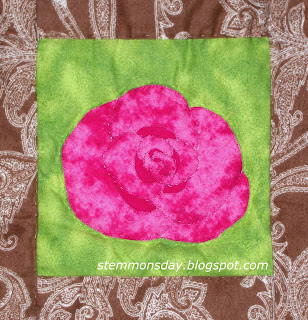 I added a floral wreath and a tree just because they make me happy. 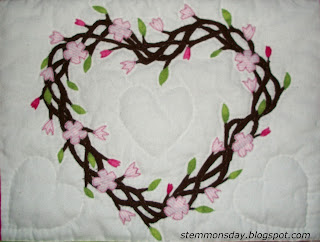 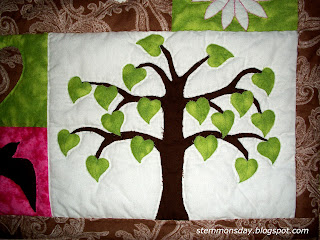 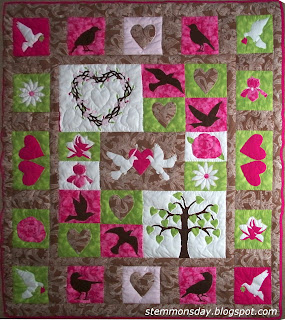 I chose the colors to be deliberately girly. I don't really have a favorite color anymore, but I have always liked pink and green together. The flannels I used are all good quality except for the white. The white appliques started fraying right away and I fear, will disintegrate after the first wash. I took lots of pictures, in case the quilt looks well loved a little too soon. I may take some steps to preserve it, but nothing too drastic since I make quilts to be used up and worn out. If I wear this one out, I'll have an excuse to make a new one.

Next time: Pumpkins, Crows, and an applique pattern ( I mean it this time).
Posted by Emily at 4:46 PM